Welcome to the Southern Africa Browser. Please select a country from the map: 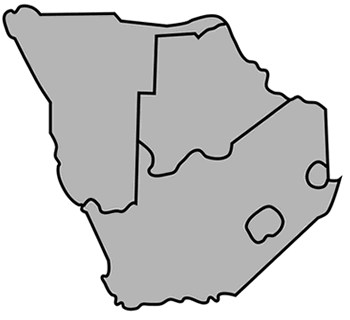 Southern Africa is a region that is home to South Africa with its pro-human rights constitution, stable government, democratic institutions, independent judiciary and strong economy which all put it in a position to become a global human rights leader, and countries like Lesotho and Swaziland, the two poorest countries in the region whose economies literary depends on south Africa.

Social, economic and cultural practices in the region create, enforce and perpetuate legalized gender inequalities and discrimination in all aspects of women’s lives. Before a new constitution was adopted in 2006, Swazi women had the legal status of minors and were unable to own property or open a bank account without the permission of a male relative or husband. Violence against women is widespread in Swaziland as a result of which women are at an increased risk of HIV/AIDS infection with a prevalent rate at 26.1%, the highest in the world and the deeply entrenched gender inequities compound the HIV/AIDS pandemic in Swaziland.

In Lesotho, according to customary law, women are legal minors who are dependent on men (their fathers, husbands or brothers) throughout their lives. This significantly limits women’s rights in several areas, particularly in regard to inheritance and ownership (including the right to enter into contracts). The traditional culture of the Basothos, one of Lesotho’s main ethnic groups, further contributes to women being restricted to inferior roles in society.

Zimbabwe, once referred to as the “bread basket” of Africa is a shadow of its former self. A non-existent economy, runaway inflation, government repression and rampant human rights violations have reversed decades of development. Women and girls are particularly vulnerable because the political, economic and social crisis gripping Zimbabwe affects all aspects of daily life. In Namibia, the Namibian Constitution guarantees the equal treatment of women. However, the Constitution also states that both common law and customary law in force on the date of independence remain valid until they are amended or abolished by Parliament. Hence, discriminating laws still exist de facto; this affects women in rural areas in particular, by way of having limited control over property, or access to estates or small loans. It is important to note, however, that all the countries in Southern Africa have ratified CEDAW although implementation is still lacking.

Women in Southern Africa face the same problems that the majority of women in Africa face, dual legal systems wherein customary laws on inheritance, property ownership favor the men over the women and patriarchal traditions which consider men as the heads of the family. Lesotho’s civil legislation on property ownership provides for equal rights for men and women, but customary law limits women’s ability to exercise these rights. Public opinion is divided over whether customary law or the 1993 Constitution should prevail in the area of ownership rights. Access to land is still largely determined by customary law, which states that men alone have ownership rights.

In 2006, the government passed a civil law that aimed to eliminate the discrimination currently imposed upon married women through customary law to date, the new law has had little effect. Namibia has ratiﬁed all the major international and regional legal instruments such as the Convention on the Elimination of All Forms of Discrimination Against Women (CEDAW), the Protocol of the African Charter about women’s rights in Africa, as well as the Southern African Development Community’s various undertakings as regards enhancing the status of women. Gender equality – as enshrined in the Namibian Constitution, as well as the prohibition of gender discrimination and the aim to ensure equal participation by women not only in politics, but also in the economy and society at large, as expressed in NDP3 and Vision 2030, still pose a major challenge. Domestic violence against women, including beating and rape, is still widespread. Traditional attitudes regarding the subordination of women continue to exacerbate problems of sexual and domestic violence. Domestic violence is against the law, and the law defines rape in broad terms and allows for the prosecution of spousal rape.

In Zimbabwe, FGM is rarely performed though the extreme form of infibulation is practiced in the Dembe ethnic group. Domestic violence especially wife beating is an ongoing societal problem though the Domestic Violence Bill passed in 2006 seeks to protect members of a family from various forms of abuses. South Africa has one of the largest populations in the world living with HIV/AIDS where more than 5 million people living with HIV. It is also one of the countries in the region with a growing rate of maternal mortality. Rape is also very common in South African and it is said that everyday 1 in 4 women are raped in South Africa.