As the Arab spring swept through parts of the Middle-East earlier this year, leading to widespread revolutions and far-reaching changes for the people of Northern Africa, less publicized elections have also taken place in the rest of Africa and scheduled elections are due to take place in 2012 in a number of African countries.

Not only during the middle-eastern uprisings have women repeatedly been seen at the forefront of the revolution, they have also regularly taken part in countless demonstrations and protests throughout Africa. Over the years, women have taken the streets to protest against a variety of issues affecting them, from rising food prices, to the lack of female political and economic participation or to demand the departure of a long-time dictator. Through such actions, women have continuously demonstrated their commitment and their willingness to see their country change for the better. However, when it comes to seeing women in established positions of political power, such as parliamentarians, members of government or even as heads of state, the numbers seems to stall at merely 20%.

In the late 1990s, the United Nations (UN) defined its third Millennium Development Goal as the promotion of gender equality and the empowerment of women. As the UN set a number of specific and quantifiable objectives to meet such goals by the end of the past decade, observers noted that in terms of political participation of women, such objectives have so far only been met in part.

But there are still reasons to be optimistic. The proportion of seats held by women in single or lower houses of national parliaments has risen in Northern Africa from 3% in 2000 to 12% in 2011, making such progress the most significant worldwide. In Sub-Saharan Africa, the proportion of seats went from 13% in 2000 to 20% in 2011(MDG 2011Report). Noting that women are currently holding less than 20% of the seats in parliaments worldwide, the African continent does not fare too badly, especially considering that Africa has seen the fastest rate of growth in female representation in parliament than any other region of the world. 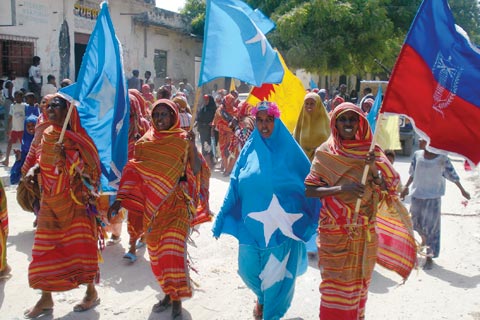 Taking those numbers into account, the debate on imposing quotas resurfaces on a regular basis. However, such quotas do not seem to pave the way for a long time solution. Electoral systems, on the other hand, are the key: such systems must be gender-sensitive, by for example insuring that women candidates receive equal media and public appearances coverage as men do. Moreover, a strong political will at the highest level as well as educated, well-financed female candidates are essential to overcome the current gender imbalance. Finally, it is also crucial to place education of women at the center of such reform and to ensure that women can have a free and fair access to voting polls.

It is with those ideas in mind that MEWC is starting a new and exciting project: the monitoring of elections and political participation of women in Africa. Our aim is to provide a deeper analysis, in the form of briefing papers that will incorporate primary sources: the views and voices of parties and voters on the ground. Through a table with statistical data, we will be specifically looking at the number of women (i) registered to vote, (ii) running as candidates, (iii) who are elected following the elections. Our analysis will also include an article on the gender specificities of the country where the election is taking place. We will be looking at the situation of women prior to the elections as well as the way that the elections impact the lives of women.

While the early 20th century saw queens ruling various African countries, notably Ethiopia and Swaziland, the early 1990s saw women appearing on the African political scene, notably in Liberia, Burundi and Rwanda with female presidents and prime ministers. We now hope that the second decade of this millennium will see the rise of true female political participation sweep through Africa, with an increased number of women taking part in the polls, being elected as candidates and playing a key role in shaping their own country’s future.

This project has two objectives:

a) A feature/article on the specific country in which the election is taking place. The article would be short, a brief a synopsis of the situation on the ground made up of the contributions of grass root organization and other national sources and contacts. It would be ideal to be able to try and cover as much as possible of the situation prior to elections and during elections in the body of the text, with a final paragraph on the outcome after the elections have taken place.

1. Registered to vote
2. Running as candidates
3. That are actually elected in the end

An interactive map that displays the data and statistics compiled on the specific country (part a) and a brief article on the electoral process, activities and situation at the time of elections in the country (part b).

For the time being however as we wait to construct and finalize the interactive map part a will be displayed in an easy to read table format and displayed as such on the website.

We have started monitoring countries who have had elections from October 2011. Please note that this is a work in progress. 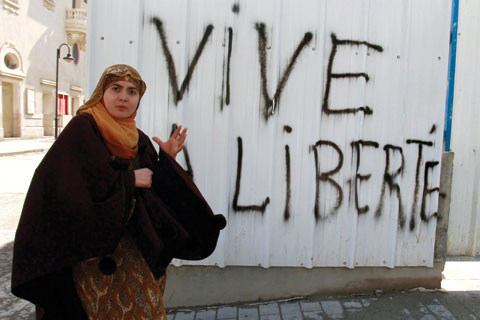