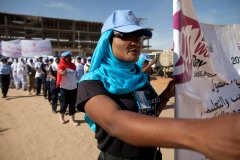 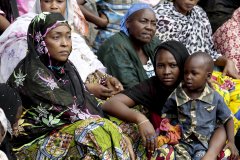 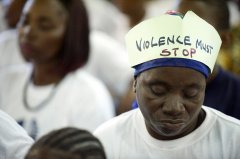 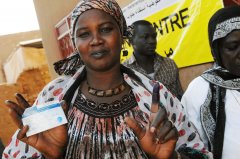 Source: Graphic
The Ghana Integrity Initiative (GII) has urged the government and traditional rulers to make land more accessible to women to enable them to have enough for agriculture production and socio-economic activities.

The advocacy group observed that though women formed majority of the population, they lacked access to land for the purposes of agriculture production and other socio-economic activities, pointing out that inequality in land acquisition was partially due to cultural inferences and abuse of women's right to land accessibility.

The Executive Director of GII, Mr Vitus A. Azeem, made the statement in Accra at an international advocacy workshop on women, land and corruption in Africa, organised by GII and Transparency International, a global coalition against corruption, and supported by the German Government.

The workshop, on the theme "Promoting land rights equality and women economic empowerment in Africa", is being organised to discuss and develop strategies for effective advocacy to fight against corruption in land acquisition and land rights in Africa.

The three-day workshop is being attended by representatives of Transparency International from across Africa, civil society groups and other stakeholders.

Mr Azeem said women were less powerful, less likely to resort to violence in asserting their land rights and little or no involvement in negotiations and decision-making on land.

However, he said when given enough access to land for food production and other socio-economic activities, women would play more positive roles to help address the issue of food insecurity and poverty.

He, therefore, called for the simplification of land processes and documentation to ensure that women had enough access to land.
Land right is human right

Presenting research findings on women, land and corruption in Ghana, a lecturer at the Kwame University of Science and Technology (KNUST), Dr Eric Yeboah, said inequality in land rights based on gender biases, was undemocratic, adding that land right was human right.

Under customary leadership of lands, he mentioned that corruption erupted when there were multiple land sales, favouritism, lack of consultations, transparency and accountability.

Dr Yeboah also said the cumbersome and complex nature of processes in land documentation also promoted some form of corruption, saying that people who perceived their land right to be insecured were more vulnerable to exploitation.
Sensitisation

He recommended continuous sensitisation as an important tool in removing entrenched gender biases in land acquisition, and suggested the building of the capacities of women to enhance their knowledge in issues related to tenure security and reduce forced eviction.

In a speech read on his behalf, the Minister of Lands and Natural Resources, Nii Osah Mills, indicated that steps had been taken to simplify the documentation process in land acquisition through the Client Service Access Unit (CSAU).

He added that the ministry was undertaking various initiatives to incorporate gender issues into promoting coherent and sustained approach to addressing women and men's concerns for equitable development in land administration.