Our Interview of the Month with Yasmin Jusu-Sheriff

Yasmin Jusu-Sheriff is a lawyer and women’s rights advocate. She is a prominent member of the women’s movement in Sierra Leone, and has previously sat on the Executive board of Femmes-Africa-Solidarité. She has held posts as Executive Secretary for the Truth and Reconciliation Commission of Sierra Leone, coordinator for ‘Sierra Leone at 40 – Looking Through her Eyes’, a refugee and diaspora advocacy project, Vice President of Women Organized for a More Enlightened Society (WOMEN), Sub-regional President and head of the Mano River Women’s Peace Network (MARWOPNET) and Coordinator for the Network for the Promotion of African Principles of Conflict Resolution & Reconciliation, Founding Member of Legal Access through Women Yearning for Equal Rights & Social Justice (LAWYERS) and she was the Commissioner and Vice Chairperson of the Human Rights Commission of Sierra Leone. 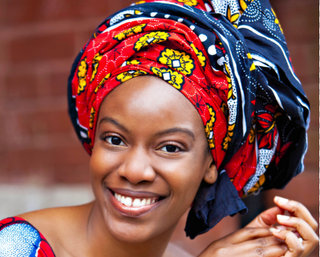 Most recently, Yasmin has been instrumental in fighting Ebola and advoacting for Women’s Rights in the spread of the virus’s epicentre in Western Africa. She has been working with the UN's Ebola mission chief to bravely tackle the impact Ebola has disproportionately had on women. Her role as a Co-Convener on the Women’s Response to Ebola in Sierra Leone (WRESL) Campaign has influenced positive change and assistance throughout the region. WRESEL has undertaken research on the impact of Ebola across the region, which will be published shortly.

She speaks to MEWC about her intrinsic passions for Women’s Rights and her noble work so far: 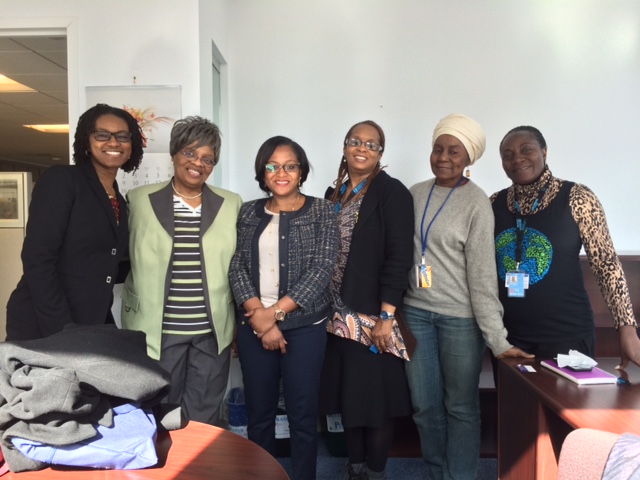 MEWC: As a notable lawyer and advocate of human and women’s rights in Sierra Leone you have had a career worthy of praise. How have you found your way to advocate so prominently for the empowerment of women in Sierra Leone?

YJS: Thank you. I came into Women’s Rights work following the example set by my parents, Salia and Gladys Jusu-Sheriff, who spent all their lives fighting against injustice and abuse of power. My parents taught all of us their 5 children that we should stand up for the weak and powerless as well as for everyone to be allowed the opportunity to fulfil their God given potential. When I returned to Sierra Leone in 1984 after qualifying as a lawyer in the UK, my Mum would send women and girls for me to help them with various problems. I realized that so many women were suffering in silence and that it was necessary to be part of organised action to remedy the women’s dire situation. As a lawyer one of my abilities is to speak out on issues so this is what I did.

MEWC: You were a founder of the Women’s Movement of Sierra Leone, an anti-war movement that emerged in the mid-1990’s. How was that experience and if possible, describe some large changes in civil society since

YJS: I was not a founder of the Women’s Movement in Sierra Leone. The Sierra Leone Women’s movement came into existence before I was even born. Sierra Leonean women have been struggling for their liberation and advancement since colonial times, through Independence right up to the present time. The Women’s Movement has taken up various different issues over the years. It is true that I did have a leadership role in the Sierra Leonean women’s fight for Peace and Return to democracy in the 1990s. The civil war that started in 1991 had a devastating effect on all Sierra Leonean women; neither your money nor your education and social status could protect you or your children. With the deteriorating situation, we could see that our military leaders had nothing to offer except violence so we came together as women (using our long established networks and linkages) to demand a role in finding a solution to the war. In the past, civil society had been marginalised or politicised and the military government would not listen to them but the women were seen as apolitical and the military were prepared to engage with them. This opened the way for wider civil society to become more active and effective. Sierra Leone civil society is now not only vibrant and confident but also diverse and well rooted. Through telephones, social media and other technology the diaspora are also active civil society actors. All this is a huge leap forward from the situation in the mid 90s when women first spoke out against the war.

MEWC: The number of women in decision-making positions remains low across Africa, despite making some progress. What do you think can be changed in order to increase women’s representation?

YJS: We need to change legislation to provide for a 30% minimum quota of women in all decision-making positions in government and also in the private sector. Women have done so much talking and cajoling but to no avail. Only the law will give us the critical mass of women in decision-making we need to transform the lives of the majority of women.

MEWC: Now, you are the regional president of The Mano River Women’s Peace Network (MARWOPNET). Tell us about how that network came about and the role it plays in the sub-region?

YJS: MARWOPNET was established in 2000 by women leaders from the then 3 countries that comprised the Mano River Union- Guinea, Liberia and Sierra Leone with the express purpose of advocating for a sub-regional approach to bring about peace in the Mano River sub region. The women intervened directly to our Heads of State because all other peace making attempts had failed; we wanted them to understand the depth of suffering that women and children were experiencing because there was no peace and to take joint concerted action to end the conflict. We really championed the sub-regional approach because our personal experiences has shown that peace in any one of our countries was only sustainable if there was peace in all 3 countries as they are closely connected 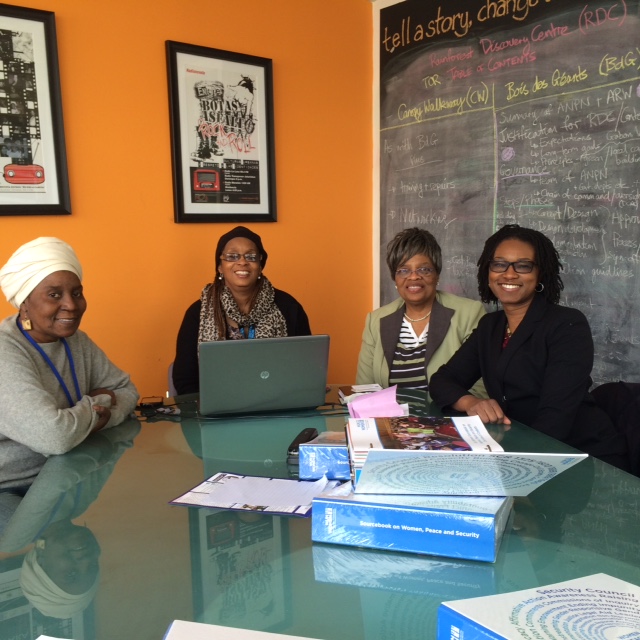 Yasmin Jusu-Sheriff with 4 WRESL members for a Planning Meeting in NYC, March 2015

MEWC: You were once the Vice Chair of the Human Rights Commission of Sierra Leone (HRCSL), how has the experience been working during the Ebola crisis?

YJS: My term as Vice Chair of the HRCSL expired in December 2011. However, during the Ebola crisis I have made my contribution through the Women’s Response to Ebola in Sierra Leone (WRESL) Campaign, which is a coalition of more than 20 Sierra Leonean women’s groups and their partners as well as individual members, both in country and diaspora. The WRESL Campaign is complementing the government’s efforts through national & international advocacy, public health education and humanitarian interventions targeting women and girls .

MEWC: You have been working with the UN's Ebola mission chief to tackle the impact Ebola has disproportionately had on women, can you expand on the vulnerability of women in the face of this crisis?

YJS: Women in all 3 Ebola epicenter countries are disproportionately affected by Ebola because of their traditional gender roles as care givers, they provide the bulk of care to the sick at home in the community and also in Sierra Leone are the majority of the healthcare workers. Women are also not always able to make the decision when to seek outside medical attention and may not have the funds or other means to get to a treatment center. Women are at risk of contracting Ebola from survivor male husbands and partners who carry the virus in their semen for at least 90 days after recovery and who can coerce women into sex. Another area of huge concern is the large increase in the number of girls (both in and out of school) who have become pregnant during the course of the outbreak. Due to the closure of schools, many female pupils and students have been at greater risk of sexual exploitation resulting in pregnancy. The problem of underage pregnancy and motherhood is now being exacerbated by Sierra Leone Government policy not to allow these pregnant schoolgirls into school thus depriving them of their right to education.

MEWC: You have been advocating for reporting on the consequences of the Ebola virus on women, why do you think this reporting hasn’t been adequate?

YJS: Information on the consequences and differential impact of Ebola Virus on women from that on men has not been available because it was not sought, collected nor disseminated. Lack of gender awareness and misogynistic attitudes amongst those in charge of the Ebola response in government and international partners played a role in this initial failure. Without information you cannot have adequate reporting. Now WRESL has also undertaken research on the impact of Ebola across the regions, which we will be publishing very shortly. We have gone out to collect the ‘Her-Story’ of the 2014/15 Ebola outbreak and we will make it known as widely as we can.

MEWC: Do you think that in response to the crisis, civil society (both in terms of female and male organizations) has been strengthened in Sierra Leone and West Africa, to be more active and involved?

YJS: Yes I most certainly think that civil society has been active and involved. From early on in the crisis civil society groups that had the experience and skills, such as WRESL members, took the initiative to undertake social mobilization and public health education to complement the efforts of Government and the international partners. Sierra Leone civil society mobilized its’ own resources to make a contribution. Now civil society is leading the way in demanding accountability from government for Ebola funds received from the Sierra Leone public as well calling for the President to respect the rule of law and the nation’s constitution in his handling of the crisis and related events. Civil society has been resolute in their stance and strengthened by their experiences of fighting Ebola. 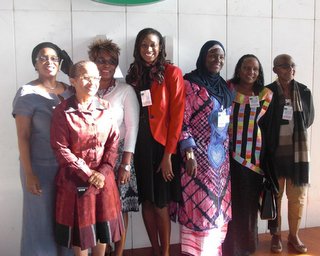 Advocate of the High Court of Sierra Leone, Notary Public

Email: This email address is being protected from spambots. You need JavaScript enabled to view it.