The Parliamentary elections in Seychelles were held on 8-10 September 2016.

The result was a victory for Linyon Demokratik Seselwa (LDS) alliance, which won 19 out of 33 seats. It was the first time since the 1993 elections that the People’s Party did not win a majority of seats.There were 20 women candidates but only 7 were elected. The National Assembly or Assemblée Nationale is a unicameral parliament whose members serve 5-year terms. According to the World Factbook , there are up to 35 seats, but the Assembly elected in September 2016 has 33 members. In the assembly, 25 members are directly elected in single-seat constituencies by simple majority vote and, as per the remaining seats, up to 10 members are elected by proportional representation vote. As specified on the IPU Parline Database, the remaining members, whose number is currently fixed at 9, are appointed by political parties that obtain at least 10% of the total votes cast under the majority system. The opposition coalition, LDS, has been able to mark a “historical step” as it was the first time since 1993 that Seychelles’ population has assisted to (and voted for) a transition of power. In fact, President James Michel’s party Parti Lepep has been held the majority in Parliament for the last 23 years, and as per himself, he won the third mandate in the December 2015 presidential election. Τhe Seychelles National Party (SNP), even though it was among the parties which form the winning coalition, was the one boycotting the 2011 elections pointing out to Michel’s failure to implement the electoral reform and reporting an alleged misconduct by his party. Actually, according to the Seychelles News Agency President Michel has publicly announced that his party will respect people’s opinion, inviting everyone to peaceful celebrations.

Despite the fact that there are no gender quotas in the Country, women’s political representation has acquired a high score in the “Women in Parliament” classification and, as of 2015, Seychelles ranked 4th with 43,8% of women sitting in the National Assembly after the 2011 Parliamentary elections. That was a big improvement comparing to the 2007 elections when women took 23.5% of the seats. As a matter of fact, according to a “Shadow Report on CEDAW” (which the country ratified in 1992) “Women have equal rights to participate in political and public life. Women involvement in election processes is active. In campaigning for election, women are at the forefront. Women have the equal right to represent Seychelles at national and international levels. Women have also held Ambassadorial posts. Presently, there are three international women Ambassadors in the United Nations, London, and Brussels.”

After the 2016 elections, 7 seats are held by women in the National Assembly (21.2%).  In addition, Seychelles got its first woman nominated as “Designated Minister”. According to the Seychelles News Agency, Macsuzy Mondon has been appointed thank to the vote of 14 members of Parti Lepep, whereas members of LDS abstained. The new designated Minister, she was first appointed to a ministerial position in 2006, serving as the Health Minister.

Seychelles society is said to be matriarchal with the women wielding great influence in the home and in the public sphere. According to the 2010 Population and Housing Census over 55% of households are headed by women and there is a higher representation of professionals among women twice as high as the corresponding proportion of men. The census showed that 59% of the female labour force in the country works in manufacturing, accommodation, public administration, education and health and social work.

There are no legal barriers to women’s participation in political, economic and social activities and women compared to other countries enjoy a high profile in society. Equality of access to education has also been achieved. The government’s policy of free and compulsory education for all has ensured that both girls and boys from the ages of 3 to 16 have access to primary and secondary schooling and nearly 100 % of children in this age group attend school. Statistics show that more girls are enrolled in education institutions at post-secondary and tertiary levels, with positive changes noted in the enrolment in usually male-dominated institutions. Nonetheless, violence against women and children remains the most significant human rights abuse in Seychelles.  Also, rape and domestic violence remain major issues, and regardless of the legal structures in place, the government does not effectively enforce these laws to protect women and girls.

As reported in the 2016 MEWC Mid-Term Report, Seychelles is one of the most progressive African Countries when it comes to policies towards women, having a Gender Secretariat to facilitate gender mainstreaming in all programs and activities throughout their society. Moreover, as remarked in MEWC Report, Seychelles is the only country in Africa that has fully achieved education for all with a literacy rate of 94%. Investing in education, especially girls’education, is certainly a good way to improve the future of the Country. 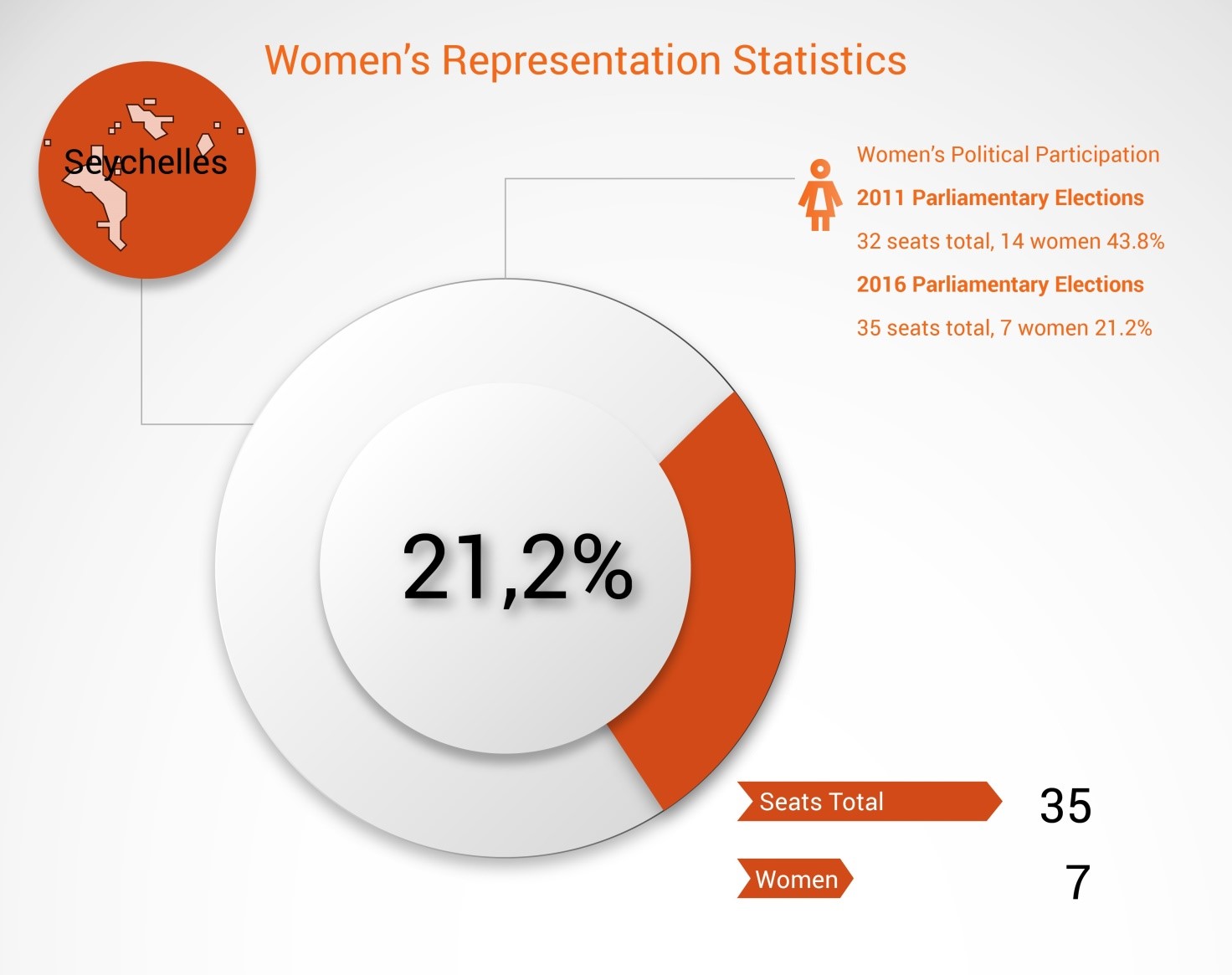